Bajrang Punia is an Indian Wrestler born on 26th February 1994. He hails from Khudan village in Haryana’s Jhajjar district. He represents India in the 65 kg category. Bajrang Punia won a bronze medal in Tokyo Olympics. Punia is well-known in the Indian wrestling fraternity. 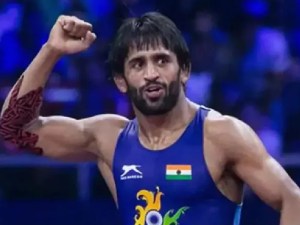 Bajrang Punia was born to Balvan Singh Punia and Om Pyari Punia. Punia is the youngest among his 3 siblings. He belongs to the Jat family in the Jhajjar district of Haryana. Bajrang Punia comes from a poor family. His father couldn’t afford traditional sports as it costs lots of money, instead, he chose to give try hands-on free sports like wrestling and Kabaddi. At the age of 7,  Punia decided to take up wrestling after he was encouraged by his father. Some times his father threw punia into mud , so that punia became stronger. How to Pronounce Dogecoin, why is so in Demand, where does Dogecoin come from? (0)