Table Of Content hide
1 Gautam Gambhir, said, for what reason should Mahendra Singh Dhoni change his batting request
1.1 New Delhi.
2 ‘Lead the captain from the front
3 ‘Dhoni batting at number 4 or 5’
4 Dhoni was out on zero against DC

who was the captain of two-time champions Kolkata Knight Riders in the IPL, said that Mahendra Singh Dhoni should bat in the upper order, it matters because people lead and lead. He also said that a leader needs to lead from the front.

Former India opener Gautam Gambhir believes that Mahendra Singh Dhoni should change his batting order and come up to bat. He also said that Dhoni needs to score more for his team Chennai Super Kings (CSK) in IPL. Gambhir said that people should lead in the game and Dhoni also needs to change the batting order.

Gambhir, 39, told in a special conversation on the Star Sports show Cricket Live that why Dhoni needs to change his order in batting to score more. He said, ‘Dhoni should bat in the upper order, that matters because ultimately people lead from the front. We have been saying in advance that a leader needs to lead from the front. 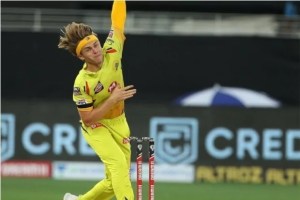 Gambhir, who has played 58 Tests, 147 ODIs, and 37 T20 Internationals in his career, further said, ‘When you are batting at No. 7, you cannot be a leader. Yes, there are problems in their bowling lineup as well. Also, that MS Dhoni is not what he used to be four or five years ago, where he used to come and ask the bowlers to move forward.

I think they need to bat at number four-five. There is nothing in the lower order.
Gambhir has captained the two-time champions Kolkata Knight Riders in the IPL. He is counted among the best openers in the world. He was also a member of the 2011 World Cup-winning team which India did under the captaincy of Mahendra Singh Dhoni.

‘Lead the captain from the front

Gautam Gambhir said during the Star Sports show ‘Cricket Live’, ‘We have always said that a captain should lead from the front. You are not leading when you are batting at number 7 Have been ‘
‘Now those old Dhoni are no more’ 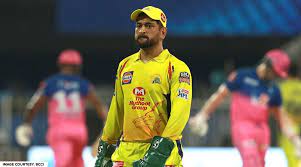 Gautam Gambhir further said, M Dhoni (MS Dhoni) should bat on a higher order, that matters because ultimately people should lead from the front, the other thing is that they are no longer the old Dhoni Which used to be 4 or 5 years ago.

Former India team opener Gautam Gambhir said, ‘Earlier when he used to come on the field, he used to start bashing the bowlers. I think they should bat at number four or 5. Not below him at all.

Dhoni was out on zero against DC

MS Dhoni (MS Dhoni) came to bat at number 7 against Delhi Capitals. Everyone expected him to play big innings, but Avesh Khan made him bold. Mahi returned to the pavilion without opening an account.