HomeTelevision”You Will Be So Missed”: F.R.I.E.N.D.S Stars Pay Tributes To James Michael Tyler

“You Will Be So Missed”: F.R.I.E.N.D.S Stars Pay Tributes To James Michael Tyler

Table Of Content hide
1 “You Will Be So Missed”: F.R.I.E.N.D.S Stars Pay Tributes To James Michael Tyler
1.1 Highlights
1.1.1 After additional testing, Tyler was diagnosed with stage 4 prostate cancer.

“Thank you for the laughter you brought to the show and to all of our lives,” wrote Jennifer Aniston.

The actor died on Sunday

He was battling prostate cancer

He died at the age of 59 in Los Angeles

New Delhi: “F.R.I.E.N.D.S would not have been the same without” James Michael Tyler, wrote actress Jennifer Aniston in her eulogy for the actor, who died on Sunday, and not many would disagree with her. Actor James Michael Tyler, who was best-known for playing the role of Gunther, the hilarious manager of coffee shop Central Perk, in the iconic sitcom, died after battling cancer for almost three years at the age of 59 in Los Angeles on Sunday. He was diagnosed with prostate cancer in 2018. Mourning their ‘seventh F.R.I.E.N.D,’ Jennifer Aniston, who played Rachel Green on the show, Courteney Cox (Monica Geller), Lisa Kudrow (Lisa Kudrow) and Matt LeBlanc (Joey Tribbiani) poured their hearts out on social media. Jennifer wrote: “Friends would not have been the same without you. Thank you for the laughter you brought to the show and to all of our lives. You will be so missed #JamesMichaelTyler.” James’ character Gunther was in love with Rachel Green from season one to season 10. 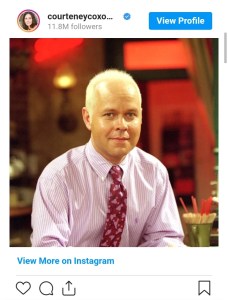 After additional testing, Tyler was diagnosed with stage 4 prostate cancer.

“A lot of men, if they catch this early, it’s easily treatable,” he stressed. “I don’t want people to have to go through what I’ve been going through. This is not … an easy process.”

Tyler said that throughout the process, he had been surrounded by an “extraordinary” support group with a lot of “people praying” for his health.

“It’s made me, personally, just realize how important every moment is, every day,” he said. “And fighting. Don’t give up. Keep fighting. Keep yourself as light as possible. And have goals. Set goals. My goal this past year was to see my 59th birthday. I did that, May 28th. My goal now is to help save at least one life by coming out with this news.”

Tyler is survived by his wife, Jennifer Carno.

How does AI function work?