DEAR READERS, I, MEHFISHA ANJUM, EXPRESSING MY DEEPEST GRIEF ON THE SUDDEN AND UNACCEPTABLE DEMISE OF OUR ADORABLE ACTOR SUSHANT SINGH RAJPUT. HE, WHO IS THE INSPIRATION OF YOUTH, LEFT US IN THE CRISIS WHEN WORLD IS ALREADY SUFFERING DUE TO MULTIPLE CHALLENGES THIS YEAR. WE HAD NOT EVEN OVERCOME THE LOSS OF TWO DIAMONDS OF FILM INDUSTRY THAT THIS UNBELIEVABLE NEWS CAME AS A SHOCK. THIS IS NOT AN ARTICLE ONLY BUT ALSO MY EMOTIONS FOR  SUSHANT SINGH RAJPUT’S SUICIDE, A MAN WHO WAS HIGHLY DETERMINED, TALENTED AND ACHIEVED WHATEVER HE DESIRED. HIS IQ WAS HIGH BUT EQ WAS LOW. HE QUIT WHEN HIS CAREER WAS AT THE PEAK OF HIS SUCCESS.

SUSHANT SINGH had been taking medicines of depression for the past 6 months as per the information came out. He had problems in his relationship. ALSO, He lost his mother when he was only sixteen years old. He left his mechanical engineering in the 4th year of his course as he got a break in the glamorous world of film industry. This shows he was not good at decision making because he wanted to become an astronaut, he went to NASA to fulfill his dream but left it when he was on the verge of achieving it. The telescope at his home shows his love for astronomy. Anyways he did good in his acting career but still couldn’t cope with the crisis in which the whole world is engulfed now. WHY? WHAT WAS THE REASON OF HIS LOW EMOTIONAL QUOTIENT? WHY HE COULDN’T DENY HIS SUICIDE? http://www.helpingmindcenter.com

OK, So he was depressed. This means that a person suffering from DEPRESSION can commit suicide. It shows that we should be sensitive and alert to the people who are depressed. Are we alert? Are we aware of it? Are we ready? Let me take you into the world of depression.

It is a mood disorder that occurs due to emotional disturbance and prolonged sadness and. There is a difference between depression and sadness. Only a few days of sadness is not depression. Depression is a serious mental disorder in which a person feels very lonely, extremely sad all time, empty, irritated, loss of interest in daily life activities. Even a small task seems a burden. The person feels the loss of energy. Much mood swings are seen in a depressed person. Feeling of restlessness.

OTHER MAJOR SYMPTOMS OF DEPRESSION

There can be many reasons of depression-like continuously stressful events, loss of any loved one, death of parents, fear of low grades and too much of burden of studies, failures in life, lack of love in life, the stress of the job and lack of money and the most important is long term relationship problems and break up in deep and long relationship and many more. Childhood depression grows with age. Sometimes we come out of childhood depression but suddenly it appears later in adulthood. Disturbed early childhood and growing with parents disputes is the major cause of childhood depression. Parents’ divorce can cause even family depression. Secondly, in a few cases of depression, the cause is not known. Yet REJECTION in any form can be another cause of depression. In any cause, neurotransmitters are imbalanced.

HOW A PERSON FEELS WHEN HE IS IN DEPRESSION?

A depressed person feels that he is alone in this world. No one can understand his feelings. He is helpless and worthless. He feels nobody can help him to come out of this state of mind. His life is a waste. There is no use to live this life full of burden and boredom. A lack of happiness kills a depressed person emotionally. He isolates himself socially. He wants to live in a dark room with his own negative thoughts. He becomes hopeless in every little problem or failure. He feels nothing can be improved now. There is no way to become successful and happy again. A depressed person is a very negative person. Therefore living with a depressed person is highly taxing. A depressed person becomes a burden for the whole family but the family doesn’t know he is going through which hell. During depression mental state of a person is horrible which can’t be explained in words.

IN SUSHANT’S CASE, THE VISIBLE CAUSE OF DEPRESSION IS LONELINESS DURING LOCKDOWN. HIS DISTURBED RELATIONSHIP TRIGGERED IT MORE. ONE INITIAL CAUSE BEFORE LOCKDOWN WAS REJECTION IN BOLLYWOOD BY BIG BRANDS. HE WAS OUT THROWN FROM 7 BIG MOVIES ALTHOUGH HIS MOVIES WERE BIG HITS AND HIS FAME AND CAREER WAS GROWING. HE COULD’NT HANDLE ALL THIS REAL LIFE PROBLEM BECAUSE OF HOPELESSNESS AND HELPLESSNESS. HE NEVER SOUGHT HIS FAMILY’S HELP. HE WAS PREOCCUPIED WITH REGULAR NEGATIVE THOUGHTS. HE NEVER REVEALED IT BECAUSE HE THOUGHT NOBODY CAN HELP HIM. ACTOR SUSHANT SHOWS ALL SYMPTOMS OF DEPRESSION BEFORE HIS DEATH. AND HIS SUICIDE WAS THE LAST SYMPTOM OF DEPRESSION. WHY COVID 19 IS AN UNFORGETTABLE PERIOD OF DEPRESSION?

THIS IS VERY SAD AND WORRISOME SITUATION FOR OUR COUNTRY THAT LOCKDOWN HAS BECOME A CAUSE OF DEPRESSION FOR MANY PEOPLE. THIS ALSO SHOWS UNAWARENESS OF MENTAL PROBLEMS AND DISORDERS IN OUR SOCIETY. PEOPLE JUST WANT TO ACHIEVE SUCCESS INSTEAD OF HAPPINESS. BOLLYWOOD SUCCESS IS LIKE A MIRAGE IN DESERT WHICH IS AN ILLUSION. YOUTH BLINDLY RUN BEHIND THIS MIRAGE AND WHEN HE REACHES AT THAT PLACE, FINDS NOTHING.

IT’S MY PERSONAL REQUEST TO MY COUNTRY YOUTH TO LEARN HOW TO LIVE WITH HAPPY STATE OF MIND, HOW TO FACE REJECTION AND FAILURE IN LIFE. IF YOU ARE TALENTED SUCCESS WILL COME TO YOU. DO MEDITATION TO KEEP YOUR BRAIN CHEMICALS BALANCED. 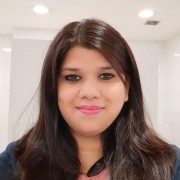 She is a passionate mental health worker,psychologist,certified clinical hypnotherapist, an effective healer,(PLR &AGE REGRESSION EXPERT), Meditation trainer and certified career counselor in the( ministry of labour and employment). She deals in mental disorders like depression,anxiety,fears and phobias and also emotional problems,

Top Popular Places to visit in amritsar with friends in 2020