The people across the globe is celebrating international women’s day on 8th March every year.

As people around the world celebrate International Women’s Day — an annual March 8 observance — countries from Kyrgyzstan to Cambodia will officially honor women’s rights and achievements across the political, economic, social and cultural spheres. The day has been designated as an official United Nations observance since 1975, which was International Women’s Year, and is a national holiday in many parts of the world. 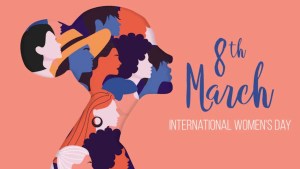 But the day’s origins go much further back than 1975 — and are more radical than what we might expect from a day so widely celebrated.

Centering around the socialist movements of the early 20th century, here’s more on the history of how International Women’s Day (IWD) came to be:

How did International Women’s Day start?

The impetus for establishing an International Women’s Day can be traced back to New York City in February 1908, when thousands of women who were garment workers went on strike and marched through the city to protest against their working conditions. “Like today, these women were in less organized workplaces [than their male counterparts], were in the lower echelons of the garment industry, and were working at low wages and experiencing sexual harassment,” says Eileen Boris, Professor of Feminist Studies at the University of California Santa Barbara.

In honor of the anniversary of those strikes, which were ongoing for more than a year, a National Women’s Day was celebrated for the first time in the U.S. on Feb. 28, 1909, spearheaded by the Socialist Party of America.

Led by German campaigner and socialist Clara Zetkin, the idea to turn the day into an international movement advocating universal suffrage was established at the International Conference of Working Women in 1910. Zetkin was renowned as a passionate orator and advocate for working women’s rights, and her efforts were crucial to the day’s recognition throughout much of Europe in the early 1910s.

Although International Women’s Day had started with action from the women’s labor movement in the U.S., it took on a truly revolutionary form in Russia in 1917.

Just as Zetkin’s idea was spreading through Europe, Russia (where International Women’s Day was established in 1913) was facing unrest for other reasons too. It was against the backdrop of a country exhausted by war, widespread food shortages and escalating popular protest that the nation’s 1917 International Women’s Day demonstration was held on Feb. 23 of that year — the equivalent of March 8 in the Russian calendar, indicating the significance of the date of the commemorations today.