Former India cricketer Sunil Gavaskar has cast doubts on Rajasthan Royals skipper Sanju Samson, Gavaskar said in his latest interviews about Samson that  he could waste the god-given talent. Samson once again failed to showcase his talent getting out for only four runs. 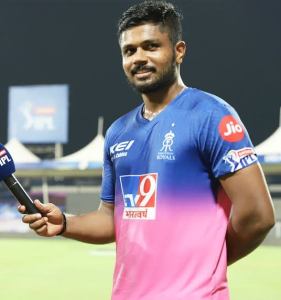 Since his Indian Premier League debut in 2013, Sanju Samson has been treated as the next big thing in Indian cricket. However, he struggled for consistency and has crossed the 400-run mark in only one IPL season.

Samson has already hit a century in IPL 2021 – in the first half when the tournament was played in India. On Tuesday, Samson failed with the bat, scoring four. Gavaskar adds that Samson needs to give himself more time and only by working on the selection of his shots can he improve his temperament, which the former India captain suggests can make him a batsman of different class. 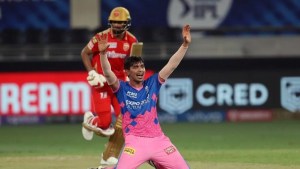 “That is something he is going to watch out for. Because otherwise, it is going to be a waste of such God-given talent. I have always said that a lot of shot selection boils down to temperament. That is what separates the men from the boys. And therefore, for him to go on and be a regular player for India, his shot selection has to be that much better,” said Gavaskar.