The National Pollution Control Day is observed every year on this day in remembrance of those who lost their lives in the Bhopal Gas tragedy when the deadly gas methyl isocyanate leaked out of the Union Carbide plant on the intervening night of December 2-3 in 1984. The effects of that disaster are felt even now after more than 35 years.

The key objectives are to educate people about the importance of pollution control acts and making them aware about industrial disasters. The day aims to bring awareness to people about prevention of air, soil, noise, and water pollution. 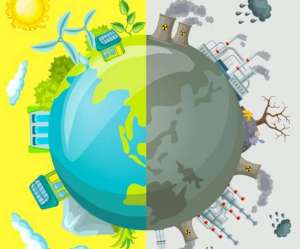 Remember Bhopal Gas Tragedy in 1984, due to methyl isocyanate more than 100 people died during this tragedy. Air Pollution reached its maximum point after bhopal gas Tragedy.

The main purpose of this day is to make citizens aware regarding pollution and also is to make them educate about the causes of the pollution such as water, air, soil, noise and affect the environment and obviously health.

Indian Govt has made various laws to fight pollution for eg Govt of Delhi planned to implement odd and even, that helped to decrease vehicles running on the road.

National Pollution Control Day is celebrated to control the Industrial disaster and to reduce the level of pollution and strict laws were made by the Government all over the world to control and prevent pollution.

How to reduce Pollution?

Do more plantations by opting for urban forests and green roofs

By treating and managing solid waste

By reusing of waste pollution

List of Acts and Rules for controlling and preventing pollution in India.

Manufacture, Storage and Import of Hazardous Chemical Rules of1989