Who is Sangeeta Bijlani

Table Of Content hide
1 Who is Sangeeta Bijlani
1.1 Why Salman and Bijlani separated just before wedding. 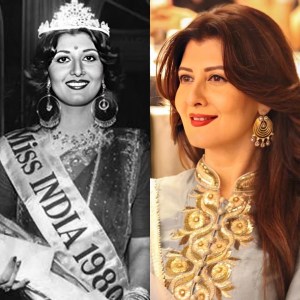 This Former Miss India Started Her Stint With Commercials And Later Acted In The Super Hit Movie Tridev. Some Of Her Other Notable Flicks Are Jurm, Ijjat, Yugandhar, Yodha, Khoon Ka Karz And Vishnu Deva. She Was Once Married To Former Indian Crickter Azharuddin.

Why Salman and Bijlani separated just before wedding.

Sangeeta Bijlani and salman khan were in headlines in 1990s. They were dating each other and tends to marry but something happened wrong with their relationship. They were engaged already, the wedding cards were printed almost, every thing was final but God knows what happened with this couple they refused to marry each other. Some rumours says Salman Khan denied to tie knot with Sangeeta Bijlani someone says Bijlani refuse to marry with Salman . After breakup Sangeeta and salman separated and Sangeeta Bijlani tied up her knot with cricketer zahiruddin. She marry to cricketer and went away from Bollywood. But the luck was not every time with her only in 14 years she had separated from zahiruddin in 2010. Where the another side salman still single.

Milind Soman, chat about a pschyco girl along with his co-judge Malaika Arora