Table Of Content hide
1 Thousands of spotify users around The World reported that they could not access their accounts
1.1 Rather than Spotify other apps Ho faced down time

If you too failed to play your favourite Spotify playlist on Tuesday, I swear you were not alone. Thousands of people across the globe mark the same problem on Tuesday. Spotify globally down on Tuesday. Many people reported that on social media. After that Spotify team came into Hari and after a couple of hours this problem has been solved. 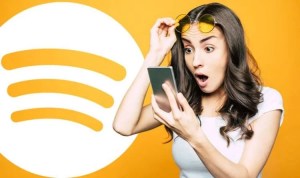 So I was telling that if you are not failed to play your favourite playlist on Spotify on Tuesday you were not alone. The giant music streaming service acknowledged that it was experiencing an outage on Tuesday and said it was investigating the incident. After just over an hour Spotify update customers that they should be able to access the server again.

Downdetector a service that monitors online outage showed more than one 175000 users experiencing issues with their Spotify accounts at the peak of the outage Tuesday.

Spotify post on social media that, Something not quite right, and we are looking into it ” 45 had acknowledged earlier at 1: 22 p.m. ET.” Thanks for your reports.

Downtime is nothing new in the online world and service of an NGO offline or experience slowdowns. It has had happened many times before. Recently Spotify acknowledged another outage at the end of the February.

Rather than Spotify other apps Ho faced down time

This is a similarity pattern that shot by every social media platform. Friend a start outage it has had happen after some regular interval of time. This is subject of research one should solve this problem properly. Before this many times Facebook and WhatsApp and Instagram also faces down time or outages.

Shahrukh Khan gives a tour of Dubai in New ad

Shahrukh Khan gives a tour of Dubai in New ad