Dignified people like President Ram Nath Kovind, Prime Minister Narendra Modi, Odisha Chief Minister Naveen Patnaik, and many others paid their tributes to the one and only personality Dr APJ Abdul Kalam on the occasion of his 90th birth anniversary on Friday.

Dr. APJ Abdul Kalam Was born on 15th October 1931 in tamilnadu, And died in Shilong at Indian institute of management on 27th July 2015. He died while he was delivering speech among students. He loves teaching and see at his last time he was teaching. He is most precious jem of India. He gave india a wing to fly long distance. When he discovered the way to launch missile, America offered him a good salary and citizenship to join NASA. But he was real nationalist therefore, he refused American proposal and decided to live in India and work for Indians. 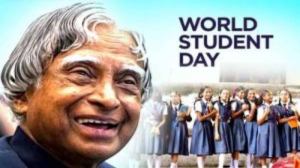 Fondly called ‘Missile Man of India’ as well as ‘People’s President’, Dr A.P.J Abdul Kalam or Abdul Pakir Jainulabdeen Abdul Kalam, the 11th President of India from 2002 to 2007, was born in Rameshwaram, Tamil Nadu on October 15, 1931.

The story behind his presidency is very interesting, He never think to became a president but in the reign of Atal bihari Vajpayee, one day Dr. APJ Abdul Kalam Azad was teaching somewhere in institution. PM Atal bihari Vajpayee make him a call and said are free can we talk, Dr. Abdul Kalam Azad replied no sir I am not free I will call you back after finishing this class. 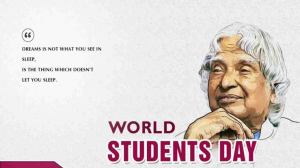 On the occasion of his 90th birth paid floral tributes to the former President at the Northern Command, Udhampur, Jammu & Kashmir.

For his work in the fields of science and politics, the 11th President was also awarded India’s highest civilian honour, the Bharat Ratna. He also earned the sobriquet ‘Missile Man of India’ for his role in the development of India’s missile programmes.

Five years after his demise, his contributions are still remembered as some of the best scientific and technological developments in the country.  We all miss you Kalam sahab.

The students day is celebrated in the honour of Dr. Kalam birthday.